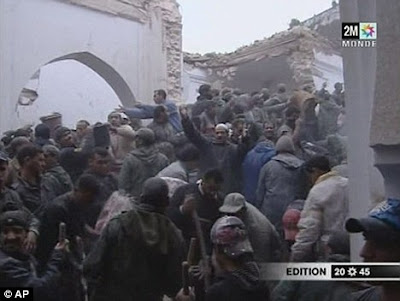 Superstar Rajinikanth’s youngest daughter Soundarya was engaged to a city businessman Ashwin Ramkumar in a simple ceremony at a star hotel in Chennai on February 17. The chief minister was present with his entire family to bless the to-be married couple.
sumber: indiatimes
Dicatat oleh Unknown di 6:11:00 PTG Tiada ulasan: 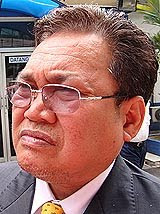 Road to an absolute monarchy? They have fundamentally transformed the nature and prospects of the Malaysian state with their 9 Feb 2010 judgement on the Perak menteri besar case. Based on their judgement, Malaysia seems to be developing tendencies to become a coup-prone absolute monarchy.

Until 9 Feb, Malaysia was clearly a constitutional monarchy.

In contrast, any monarchy where the monarch enjoys substantial — not necessarily absolute — power to control the elected government is effectively an absolute monarchy. Absolute monarchies come in all forms and shapes, from Brunei, which is manifestly a family business, to Thailand, which is decorated with democratic institutions.

In a textbook example like the UK, the constitutional monarch is a figurehead and should just rubberstamp recommendations made by elected governments. He or she is to be advised by the elected government, not the other way around.

His or her discretionary powers concern mainly the formation and ending of governments as a result of elections, without interfering in the period between elections. In brief, that boils down to only two major decisions.

Firstly, whom to appoint as the prime/chief minister-designate? Secondly, whether to consent to requests for parliamentary/legislative dissolution by the present government. By convention, the British monarch would minimise his or her discretion even on these matters. A request for dissolution, whether or not it is a result of the House's loss of confidence in the premier, is usually granted.

A constitutional monarch would not mistake him or herself as a check-and-balance institution. In modern democracies, elected governments should be checked by either elected politicians (Parliament) or professionals who are selected on the grounds of expertise and integrity. These include judges, independent central bank governors and members of various regulatory commissions. The royalty in that sense is an institution formed based on genetic lottery rather than expertise.

England's 19th century constitutional authorityWalter Bagehot offered an interesting justification for a constitutional monarchy. A political system needs a "dignified" element (a non-partisan head of state) whose purpose is "to excite and preserve the reverence of the population", and an "efficient" part (politicians) that "employ[s] that homage in the work of government".

If you like, the political usefulness of a monarch lies exactly in his or her political "uselessness". The constitutional monarch needs to be presentable, loveable and admirable, but need not be very intelligent. And Bagehot's counterintuitive theory is why Queen Elizabeth II gets to keep her job without having to invoke the Sedition Act. In assessing the nature of Malaysia's monarchy, the judges' judgement must be judged from the logic of democracy, not legality alone. In other words, we become an absolute monarchy when the monarch can expressly go against popular will, even if his or her actions are technically constitutional. Some judges in Malaysia have made this clear.

In 1966, the Sarawak governor tried to dismiss Chief Minister Datuk Stephen Kalong Ningkan on the grounds that he had lost the legislature's confidence, much like how Perak's Datuk Seri Mohammad Nizar Jamaluddin was dismissed 43 years later. Borneo High Court Chief Judge Harley A-G reinstated Ningkan, ruling that a legally appointed minister can only be dismissed after a no-confidence vote.

In 1985, the Sabah governor was forced to swear in United Sabah National Organisation (Usno)'s Tun Mustapha Harun as a minority chief minister even though Parti Bersatu Sabah had won a slim legislative majority. Judge Datuk Tan Chiaw Thong then ruled that the governor had "exercised his power not for preserving democracy but for destroying it". Hence, the swearing in was null and void.

Harley's decision, upheld by Tan in 1985, was however not followed by judge Datuk Abdul Kadir Sulaiman in 1994. Abdul Kadir ruled that a no-confidence vote is not "the only evidence" of loss of confidence. Abdul Kadir's judgement was problematic because it took away the power to fire the head of government from the legislature and in all likelihood placed it with the state's figurehead. It was arguably academic because the ousted Sabah Chief Minister Datuk Pairin Kitingan had conceded defeat after the governor rejected his request for fresh elections.

On 6 Feb 2009, the Perak Sultan however sacked a menteri besar who did not concede a loss of confidence. And then on 9 Feb 2010, the Federal Court's decision made it clear that the monarch could bypass the legislature to sack the state's chief executive. And that, for all intents and purposes, is what has sown the seeds of an absolute monarchy in Malaysia.

A tendency towards absolute monarchy increases the likelihood that the monarch can at any time go against the will of elected representatives.

Hence theoretically, if the Yang Di-Pertuan Agong believes that Datuk Seri Najib Razak has lost Parliament's confidence, even without a no-confidence vote, Najib can be sacked. The Agong is then free to appoint Opposition Leader Datuk Seri Anwar Ibrahim or even Tengku Razaleigh Hamzah as the new prime minister. Now, in this hypothetical situation, would Umno take this royal discretion lying down and not hold protests greater than those the Pakatan Rakyat held after the Perak takeover?

More realistically and dangerously, the Federal Court's decision sends an important political message: the electorate are not the final judge of government. The palace is. This is likely to encourage some quarters to think the King should also exercise his discretion freely in appointing the prime minister.

When the Barisan Nasional (BN) took over Perak, Umno had no qualms evokingMalay nationalism. Imagine this scenario then: what if the BN were to lose federal government, say by winning only 100 out of 222 seats, but it won 65 out of 114 Malay Malaysian-majority seats in the peninsula. Would Umno be likely to replicateUsno's 1985/86 tactics in Sabah — which included violence — minus a few technical differences?

And then what would the palace decide? And would the electorate allow the elected government's victory to be stolen? Where would the judiciary, the civil service, the police and ultimately the military stand? Would Malaysia not become another Thailand or Iran?

Can we do anything to prevent coups? Perhaps, by voting solely along party lines come the next election, and forgetting about the quality of individual candidates. We just need to make sure it's a landslide either way.

Wong Chin Huat is a political scientist by training and a journalism lecturer. He suspects that someday Umno supporters and royalists may remember the 9 Feb 2010 judgement with bitterness. 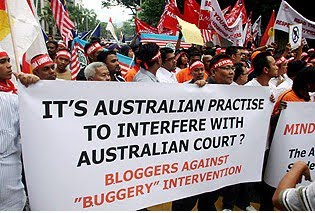 Is it Australian practice... satu pertanyaan? 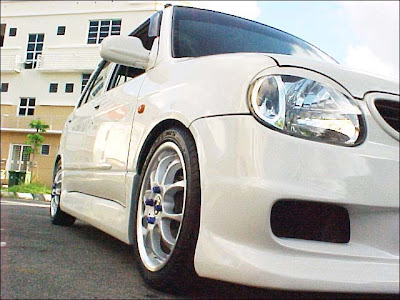 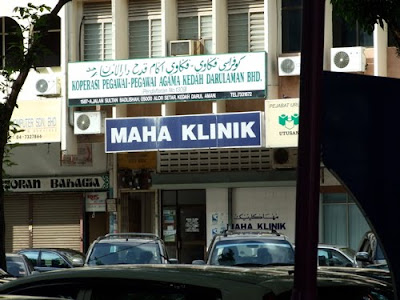