Yes, respect the Role of the Rulers, only if they do the right thing

SHAH ALAM: The notion by certain quarters that the Malay Rulers are just ceremonial emblems for official functions with no vested power needs to be set right immediately.

Sultan Sharafuddin Idris Shah of Selangor said the royal institution, which protected the sovereignty of the Royalty, Malay people, Islam, Malay language, other races, administration and the governing of the nation, should not be questioned.

“Agreement to accord the Malay Rulers with specific powers was reached between the three main races – the Malays, Chinese and Indians – with the acknowledgement of the Malay Rulers and the accord of the then-British government,” he added.

Sultan Sharafuddin said those who questioned the Malay Rulers not only violated the fundamental provisions in the Federal and state constitutions but also questioned the sovereignty of the Rulers.

He was speaking at the royal banquet here in conjunction with 50th anniversary celebrations of the state assembly yesterday.

“We must understand that the Malay Rulers represent an important institution in the country. Malaysia is a constitutional monarchy.

“I remind all parties to exercise respect and agree with the practice that has become sacred and followed since the Royal institution was formed, as a safeguard to all levels of society,” said the Sultan.

He also reminded assemblymen to be of good behaviour at all times and set an example for the community.

“Of late, there have been a few Yang Berhormats who have shown bad behaviour to the Royal institution and the state assembly. They were voted into office with much trust placed in them, and must exercise a high level of credibility and good manners in dealing with the people,” said Sultan Sharafuddin.

The Sultan added that his late father Sultan Salahuddin Abdul Aziz Shah had, during his reign, ordered that the state assembly be held in the Balairung Seri Istana Alam Shah in Klang until the construction of Selangor’s state assembly building was completed.

When Tun Dr Mahathir Mohamad annexed Putrajaya, which used to be called Perang Besar, and turned it into Federal Territory, there were many amongst the Selangor royal circle, the present Sultan of Selangor included, who were very upset.

The Sultan was told there would be no discussion or negotiation on the matter. The federal government is going to take Putrajaya and pay Selangor a certain amount. But even then the payment would not be in cash. It would be by way of contra against the cost to develop Selangor.

In short, the federal government would develop Selangor at an inflated cost, sometimes two or three times the real cost, and this amount would be deducted from the money Selangor is supposed to receive. The payment is therefore not in cash but in kind. And the ‘in kind’ would be many times over what it should be.

So it would work this way:

This reminds me of how the whites took land from the American Indians more than 200 years ago by paying the natives mere beads and whisky as the purchase price.

And that was when I went into attack mode. I wrote an article in www.freeanwar.com asking the Sultan and the entire royal council to resign. They are traitors to Selangor, I said, and they should be ousted. If this was 1901 instead of 2001, I wrote, I would lead an army to depose the Sultan and I would place someone else on the throne.

They cautioned me and told me that what I wrote was seditious. I responded by saying that unfortunately, since Merdeka, we now have such things called laws. If not I would lead an army to remove the Sultan and grab the Selangor throne.

“You are really pushing your luck,” they replied. “Do you know that such a statement can land you in Kamunting?”

My response to that threat was: “This is a family matter. I don’t interfere in your family and you don’t interfere in mine. You are not a member of the Selangor Royal Family so stay out of our business. Just be grateful that Selangor does not, again, become embroiled in a war like in the time of Sultan Abdul Samad.”

No, I don’t question the institution of the monarchy. I will in fact defend it. But I will oppose any monarch who does not defend our territory. The Selangor palace has treacherously allowed Selangor territory to be annexed by the federal government by force. In my book the Selangor palace has let the people down. The present ruling family should be deposed and replaced with another.

The Sultan told Rosmah Mansor that I am a lunatic. Otak dia tak berapa betul, tiga suku sikit -- according to what one Umno Blogger wrote in his Blog quoting the Sultan. When the Sultan was about to leave for the US to undergo heart surgery, he told the assembly of people sending him off at the airport that he is very upset with me for opposing the Sultan of Perak. In that assembly of people was the IGP, my sworn enemy, who was smiling with delight to see the Sultan whack me in public in front of so many people.

I have never forgiven the Selangor palace for that and have always carried that in my heart although I have never, thus far, raised that matter. Now I am raising the matter to remind the palace what they did to my father. Tengku Sulaiman, however, came to the funeral and when my mother asked him why the Sultan and Raja Muda were not present he was embarrassed and replied that Tuanku is tied up with a crow-shooting contest.

Yes, my father died and both the late Sultan and present Sultan were too busy shooting crows and could not attend my father’s funeral. Do I need to continue showing loyalty to the Palace?

I was told I would not be given permission to be buried in the Royal Mausoleum. I will therefore have to make sure I do not die in Selangor. Then the question of where I should be buried will not arise. I am sure that would make the IGP very happy knowing that the man who is bent on bringing him down is an outcast. And the IGP personally heard this from the Sultan together with scores of other people the day the Sultan left for the US to undergo heart surgery. 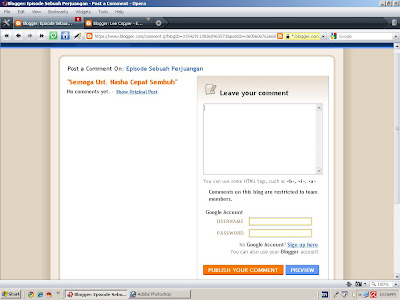 Group threatens statewide hartal if Perak assembly is not dissolved

IPOH, July 8 — As Pakatan Rakyat gears up for its final battle for Perak in court tomorrow, calls from the public for the dissolution of the state assembly have resurfaced once again.

The Perak People's Action Committee, a non-governmental organisation, today handed over a memorandum to the Perak Barisan Nasional government urging it to return democracy to the people through state elections or face negative repercussions.

The committee is giving BN until Aug 8 to seek dissolution of the assembly or a statewide hartal would be held.

"During this day, the people of Perak will not engage in any outside activity. We will not go to work, our children would not go to school and we will show BN that the majority of Perak folk want justice returned to them," said committee coordinator R. Mohanarani.

She said the committee was confident it would get the support of the majority of Perak folk. "We will get the help of a number of non-governmental organisations and the PR component parties to mobilise this one-day strike," she said.

Mohanarani said the committee had already embarked on a month-long campaign to call for the dissolution of the state assembly.

"We have been going around to public places like markets to distribute leaflets in order to gain the people's support for the cause.

"So far, the response from the people has been very positive. The rakyat is still unhappy with the power grab done by the BN and want state elections to be called," she said.

Parti Sosialis Malaysia deputy chairperson M. Sarasvathy, who was also present during the handing over of the memorandum, said that although PR had exhausted all avenues to win the state back from BN, it did not mean that the battle was lost.

"Why should we give this up when the people's wishes have not yet been answered? Why should we wait for the next general election?" she asked.

Meanwhile, rumours of possible crossovers are once again rife and this time, talk is that the two defectors from PKR who had caused the Perak crisis may just leapfrog back into the party.

According to a highly-placed party source, the two, Behrang assemblyman Jamaluddin Mohd Radzi and Changkat Jering assemblyman Kapt (rtd) Mohd Osman Mohd Jailu, were unhappy that BN had failed to fulfil its promises to them.

The source said that the duo were supposed to have been restored as members of the state executive council as they were before when PR was in government.

"They were promised positions in the council on July 1 but nothing materialised.

"What's worse, their corruption cases have not yet been thrown out of court as they had expected — instead, the cases are still ongoing," said the source.

The source added that this had caused both Jamaluddin and Mohd Osman to consider returning to PKR.

However, whether or not the party would re-accept the two is a different story altogether.

For although the Perak PR may desperately need the numbers to form the government, accepting the return of the two assemblymen, whose integrity and loyalty are still questionable, may well work against them.